Create an Account - Increase your productivity, customize your experience, and engage in information you care about.

The Sumter County Fire Department (SCFD) came into existence on December 1, 2009. Since its inception the SCFD has been serving the unincorporated areas of Sumter County including the cities of Andersonville, DeSoto, and Plains

The strategic station and sub-station locations were determined by the National Fire Services Office in order to offer wide spread fire coverage into Sumter County.

All Sumter County Fire Fighters are trained to a minimum of NPQ Fire Fighter 1, Medical First Responder, and HAZMAT Operations. 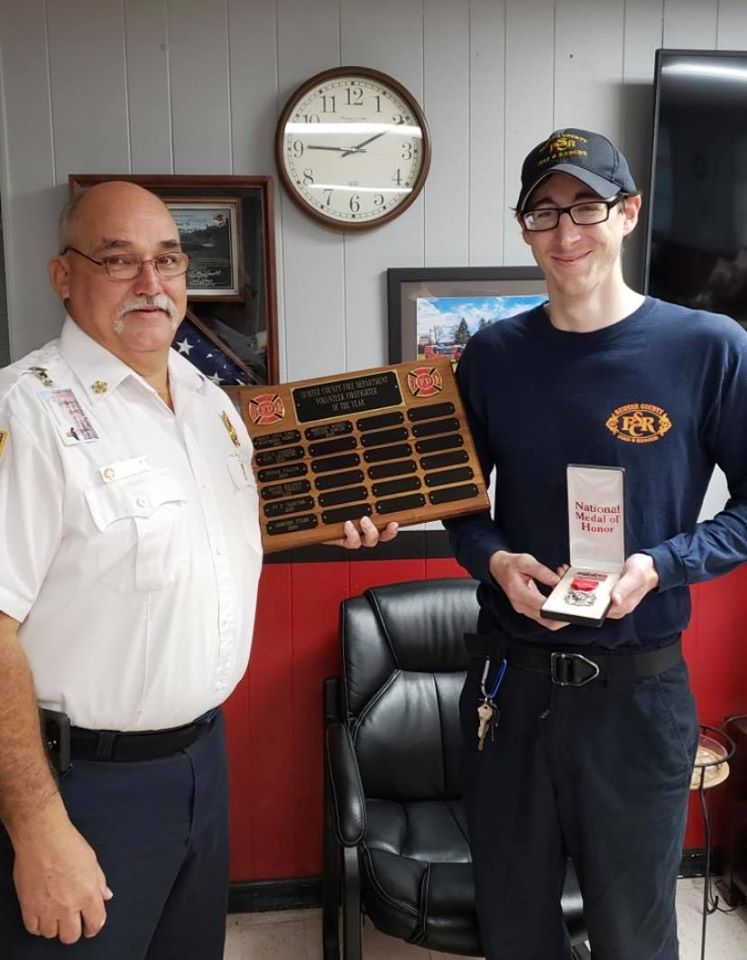 Attendees enjoyed a delicious meal of smoked BBQ pork and chicken with all the trimmings prepared by Battalion Chief Clint Boley and volunteer Firefighter Branden Harmon.

The ceremony included the reading of a letter from Dr. Kenneth Wurtz, who was the victim of an accident involving a tractor earlier this year. Dr. Wurtz extended his appreciation to Sumter County Fire & Rescue, Emergency Medical Services and Air Evac for their response and life-saving measures that contributed to his survival and recovery.

Phil and Sandra Curtis were also in attendance. Earlier this year, Mr. Curtis suffered multiple injuries when the single-engine plane he was flying crashed. Mr. Curtis recounted his accident to those in attendance and described how Sumter County Fire & Rescue personnel extricated him from the plane’s wreckage, providing aid to both his physical and emotional needs. Mr. Curtis thanked all first responders for arriving on the scene within minutes and providing him with the necessary medical treatment and transport that ultimately contributed to his recovery.

Door prizes were drawn and everyone went home with a gift, thanks to the many local supporters of the event. Sumter County Fire and Rescue extends their appreciation to the community and to local businesses for their support during the past year.